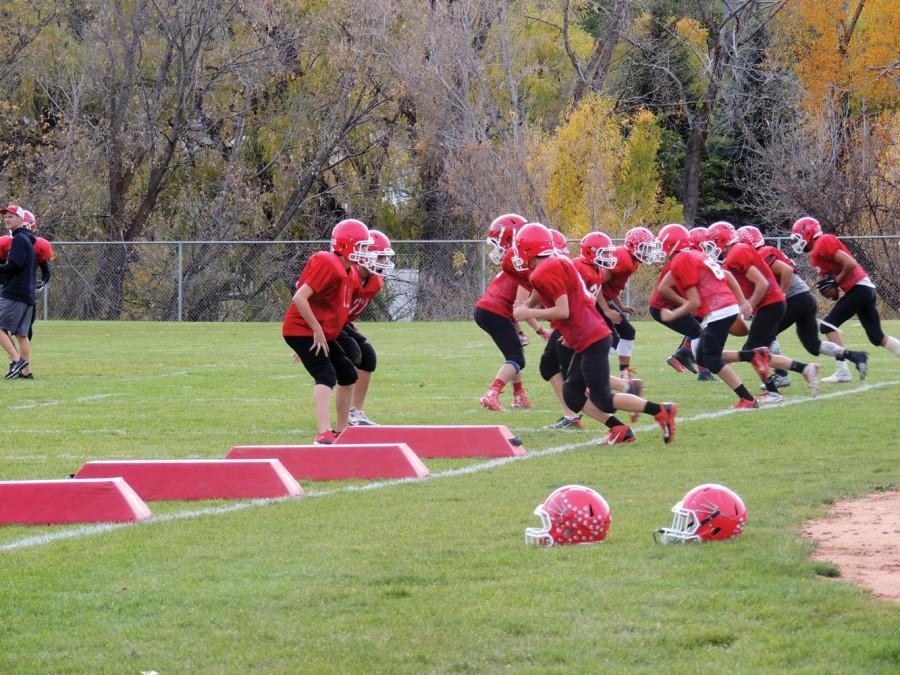 Although a large amount of the Durango High School football team graduated last year, the team has high expectations for the upcoming season. The reality for most teams is that when they are going through a rebuilding process, many people have doubts. Therefore, the new question in the community’s mind is whether or not this years football team will succeed in making the most out of the upcoming football season.

This year’s starting quarterback believes in a successful year.

“I think this year is going to be a successful year because we have the work ethic, teamwork, and talent to succeed. Even though we lost a lot of kids, it gave room for new kids to step up and show what they have, and not only has that been a good opportunity for kids on the team, it has also added new skills to the team we have never had before,” said Sr. Peyton Woolverton.

This year’s newer team adds more talent, which will create a tighter team bond and make it feel more like family. The team has also been making a lot of goals to build on their success.

“This years team wants to become closer and family bond so then we are one big unit. Another team goal we have is to watch more film so we can apply more corrections and be the best we can be,” said So. Dawson Marcum.

Having the football team be one big family makes them more comfortable and stronger which benefits the entire team as a whole.

Vogt, the head coach of the Durango High School football team has lots of faith in this season. The goals the team has set is building them up to be the best team possible.

“All I want is to take my team to the state championship,”said Coach David Vogt.

Gavin Mestas, a starting junior, did an amazing job at the first football game of the season. Mestas is displaying exactly what he thinks this years team is capable of.

“This year should be a good year. The team has been working very hard on and off season to become the best we can be. Every game the team has had so far we have been very prepared due to our hard work and coaches,” said Mestas.

The new freshman on the team are very excited to be a part of the football program and finally contribute.

“I have been a fan of Durango Demon Football since I was young so now that I am apart of the team and get to play is an amazing experience for me,”  said Fr. Griffyn Hyson.

Being able to see all of these freshmen join the team and be happy to play is a great addition to the team and helps everyone on the team be that thankful to play.

According to this years team, they are very excited to see what this season has to offer and are ready to put in the necessary work for a triumphant season.