Test Stress: Is it Really a Big Deal? 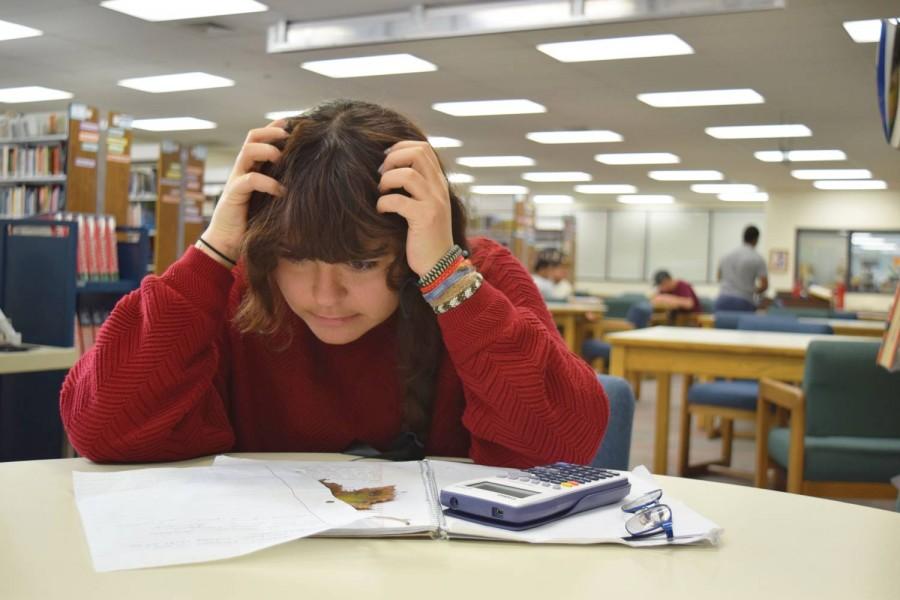 Test anxiety: a typical myth of one of the biggest and one of the most stressful issues that students deal with when returning to school in the fall. Hearing a teacher talk about a big test can be intimidating, but is test anxiety really the problem? Although test stress may impact some kids, a lot of students at DHS don’t worry about this issue.

“I don’t really worry about tests, like what is the worst that can happen? They can’t take away my birthday if I don’t do well,” said Sr. Andy Foreman.

Foreman jokes about the outcome of tests, but there is truth behind his statement. If a student isn’t very successful on a test, what is the worst that can happen? Sometimes a bad grade isn’t the end of the world for these students.

“I don’t really get that nervous about tests, because I feel like if you’ve learned the material and you know it then you can just go in and take the test and you’ll be fine…If you know it, you know it,” said Jr. Abbi Andersen.

Many DHS students have taken a positive and casual outlook towards tests. Although test anxiety is stressful for some students, many students have developed Andersen’s mindset. The pressure of the factors of a student’s life are definitely demanding, and eliminating test stress has definitely helped the demands of these students’ lives.

This seems to be a trending philosophy among students; there is no reason to stress because if a student takes the time to learn the material they will do well, and if they don’t then that is their choice and it won’t be a big deal. Tests can worry students, but there’s an opportunity for kids to be successful, and if students don’t take that opportunity, the fault is all theirs. Perhaps this is the reason why these test takers don’t stress about their tests, because it is their choice what they do about their education.

“I sometimes stress out during tests because they can be complicated and the wording of the problems is confusing, but I don’t really get nervous because I study enough to do well,” said Fr. Aja Nakai.

Does test stress come from a test itself or the built up intimidation of testing? Tests are cracked up to be the downfall of students grades, and the ultimate stress of whether or not a student is successful is often measured by their test grades. Obviously for some students this isn’t a concerning issue, so why do some kids get “test anxiety”?

“I do well in school, but when it comes to tests I get nervous and then end up not doing very well,” said Fr. Lana Patterson.

For some kids who get test anxiety, it is usually the pure intimidation of taking a test that stresses them out and then causes them to not be as successful. School can be stressful enough, so the more confident a student can be about the material, the better off they will be.

Test stress is consuming for the few students who get anxious about tests and the pressure of doing well, but for many students, test anxiety is just something else to tackle and shrug off.