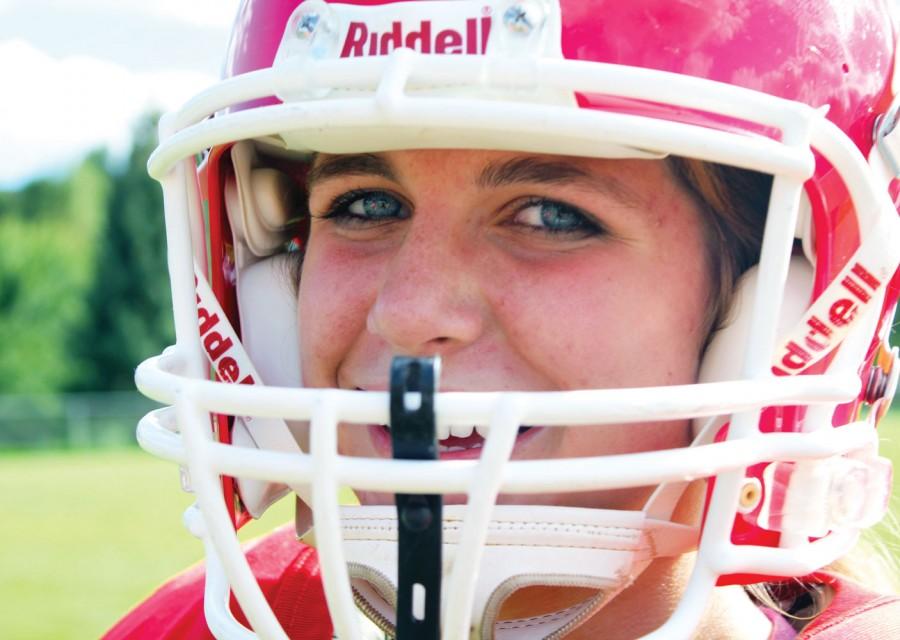 Freshman Kayla Willis is small, but a powerful force of nature. Willis, is the only girl to play for the Durango High School Football program. This doesn’t include the Powderpuffs game, of course.

As this is Willis’s sixth season playing, she is used to being the only girl on the field. She seems to have found her comfort zone on a football field. “I love that you are able to be aggressive without getting in trouble for it. It’s praised,” said Willis.

Her abilities as a football player are often questioned by her gender, but, “Any reservations her teammates had were squashed when they saw how dedicated she was,” said Miller Middle School Football Coach Mike Jaramillo. He has high praise for Willis, as does her new coach, Coach David Vogt.

¨The boys respect her work ethic and leadership. They are able to accept her for that,” said Vogt. The hardest thing for her to overcome; “the stereotype of girls playing football,” said Vogt.

Kayla is one of a rapidly growing population of girls playing high school football. According to the National Federation of High School Associations, 1,565 girls are playing football across the nation this season in 467 schools, compared to the 759 girls and 170 schools that participated in the 2008-09 football season.

“She just has to earn it like we do. She’s earned it in the weight room and the field for sure,” teammate Fr. Brian Elvidge Jr said.

Another one of her teammates, Fr. Austin Amack had a hard time adjusting to playing with a girl. “Now it’s just like playing with the guys. [She] takes care of the whole team and pushes us,” said Amack.

Even though adjusting to playing with Kayla has been tricky, both her teammates and coaches attest to her work ethic and ability to lead. They look forward to watching her on the field for the season, and many more to come.

Sidebar -Patricia Palinkas was the first woman to play football professionally. She played for the minor league Orlando Panthers. The first time she played for the Panthers was on August 15, 1970. She played until 1971, when she moved to Florida. Her career opened a window for many more women after her.