Parents, Technology, Maybe Not So Much 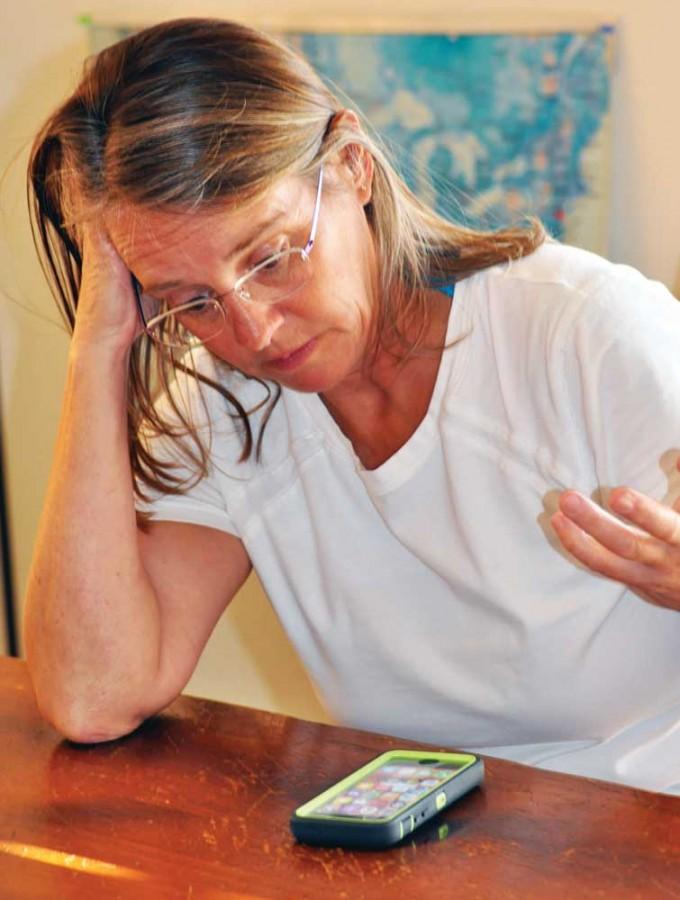 As phones, tablets and computers come out with a new model every day, trying to keep with all that change is almost like attempting a race and not getting any closer to the finish line. Everything has to be bigger and better ASAP, and with this developing technology, its hard to keep up. But, imagine the struggle that people with technological disabilities face on a daily basis.

It is a well known fact that because of the rate at which the technological world is developing, many people have been left behind, leaving them feeling confused and disoriented. Most of those people are members of older generations.

“My parents have more issues with technology than me, but it kind of depends on what it is. My Mom struggles more with phones and my Dad just struggles with it all,” said Jr. Emily Eshelman.

The general conception about technology seems to be that anyone born before 1985 has more problems with the technological advancements in our ever growing world than any other generation.

“I have some issues with my phone. But most of the time, I can use it pretty well,” said Jay Ciotti, parent of Jr. Chloe Ciotti.

It’s no secret either that parents and grandparents use their younger relations as a way to try to get a jump on technology.

“I get a phone call or a text almost every other day from my Grandma asking about how to use her phone. Usually it’s about something like an app or even how to turn her phone on,” said So. Cameron Jacobs.

Don’t get it wrong, many people of the older generation probably do understand technology better than many teenagers; however, the constant need to have better technology or to have the next ‘big thing’ seems to be more prevalent in people in their twenties and below.

“I honestly always want the next new iPhone or tablet, just because it’s exciting and kind of a confidence booster to have something that someone else doesn’t have yet. The only problem is that I’m a broke high-school kid who can’t afford the new $600 iPhone 6,” said Jr. Joaquin Valdez.

Even with the generational gap, most of the technology is getting more and more complicated, even to a point where the younger generation has a hard time keeping up. So don’t worry elders, you aren’t alone in questioning the new and improved technology our world is steadily developing.